This is a text widget, which allows you to add text or HTML to your sidebar. You can use them to display text, links, images, HTML, or a combination of these. Edit them in the Widget section of the Customizer.
Posted on February 27, 2020 by exploremoreco.

All the boys and I spent Valentine’s Day weekend traveling down to Warsaw via one night in the city of Poznan. Poznan is one of Poland’s largest cities. It had the most beautiful main square, lots of cute restaurants, cafes and pubs. The square is dominated by the city hall building. I had heard that there are a pair of mechanical goats that come out of the tower and butt heads for some historically random reason at the top of the hour. So at 5pm we stood under the clock tower, gazing up, as the bells chimed, waiting patiently for the goats to appear. Apparently (as I have since learned) this only happens at noon. Feeling silly- but not too silly because there were definitely a handful of others standing and staring- we moved on. My Valentine’s dates took me out for the best Mexican food we’ve had in Poland, at a spot called Taco Jesus. Followed by a nightcap at a very cool tap house, at the kid-approved hour of 6:30pm. Am I a lucky lady, or what? 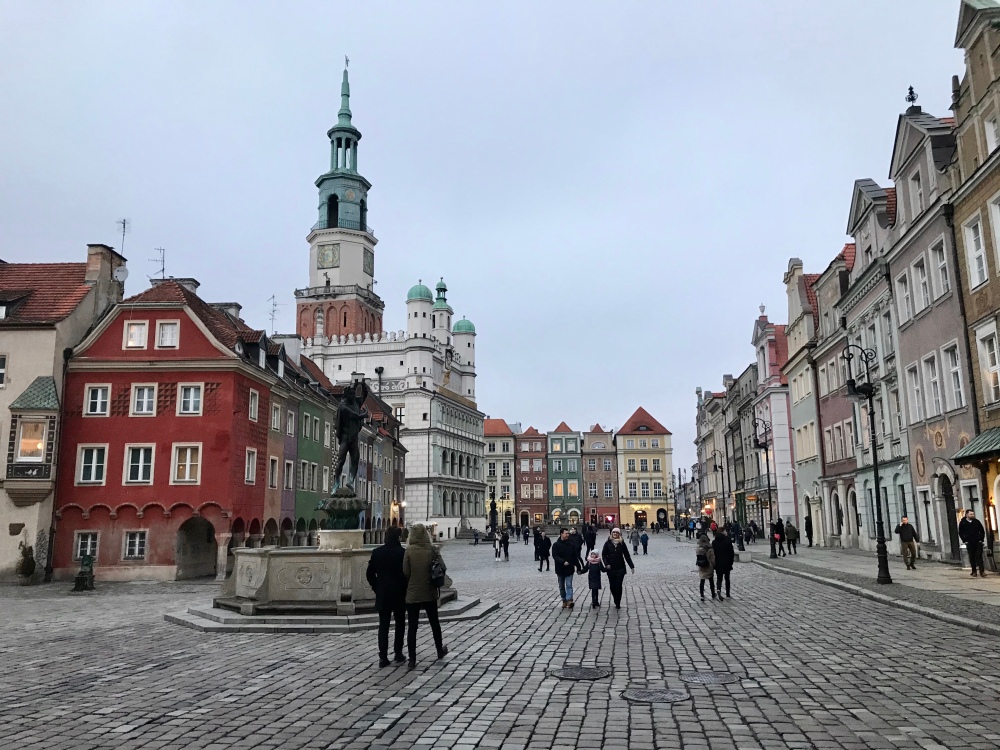 The next day we drove the rest of the way to Warsaw. We stopped en-route at the village of Zelazowa Wola, the birthplace of famous composer, Fryderyk Chopin. Did you know Chopin was Polish? I didn’t. I always thought he was French. Which is semi-accurate. His Father was a French man, tutor to the children of an aristocratic family, which is how he met Fryderyk’s mother, a poor relation of that family. Fryderyk was born in 1810, lived his early life in Warsaw, his later life in and around Paris, as well as various other locations in France and Spain. He died at the age of 39. His heart is interned at the Church of the Holy Cross in Warsaw. While his body lies in Paris. The Polish spelling of his name is Fryderyk Franciszek Chopin, while I have more commonly see it as the French version, Frédéric François Chopin. I’m no historian. And his life seems a little complicated/muddled/lost in translation. So I suppose I wasn’t completely wrong to think Chopin was French. But at his roots, Polish. Travel really does give you an education. The home where Chopin was born is preserved and now surrounded by a lovely park garden, and educational visitors center. A visit there is thoroughly enhanced by Chopin’s compositions drifting in the air, played over speakers subtly hidden in the foliage. 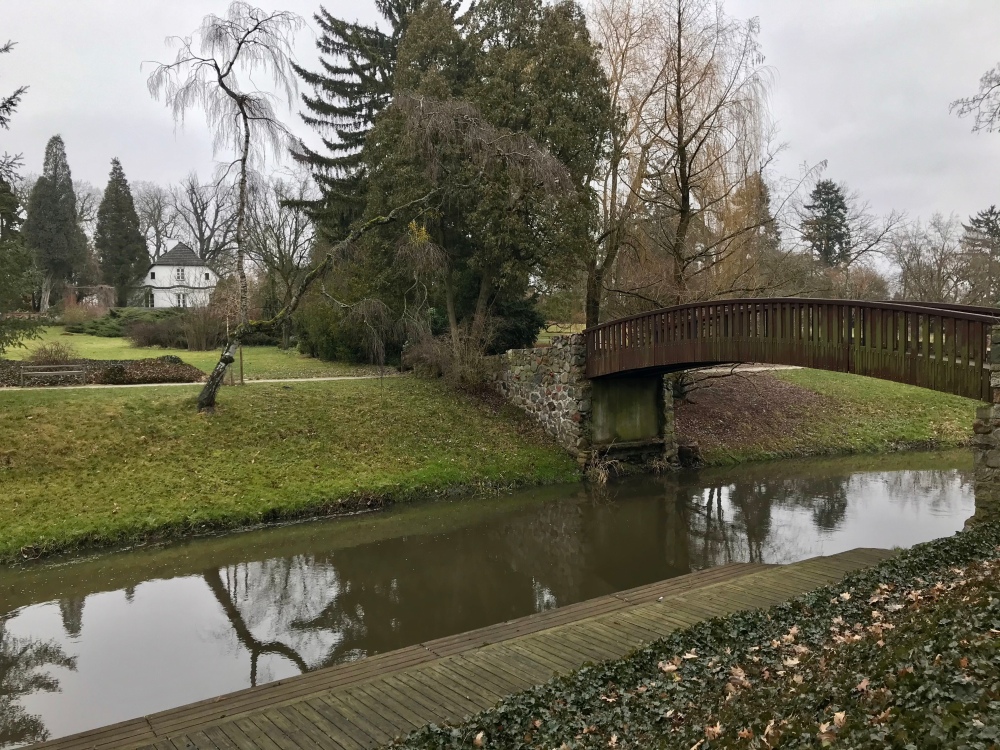 So now on to my second fun-fact. Did you know Copernicus was Polish? I promise I paid attention in school. Somehow I still have so much to learn. Speaking of learning, one of the best things we did in Warsaw was spend a morning at the Copernicus Science Center. The Copernicus Science Center is a totally hands-on science museum for adults and kids, exploring the laws of nature. I’m usually not too big on museums, but I greatly enjoyed this one. Probably because, while most museums require a lot of looking and reading- which, there’s nothing wrong with, at all, its just that my attention really does not hold up in those situations- this particular museum felt like straight up play time. Plus, I love science.

Miles was impressed even before we got in to the museum, as there is a real live human-like robot near the ticket counter. We started out in the Buzzz! exhibit, made especially for children up to 5 years old. It was kind of like a scaled-down version of the types of children’s museum we have been to in the States. There were hands-on sensory play areas, including a little stream with water mills and rubber duckies, a small jungle gym with slide, buttons for pushing to make pictures of birdies sing, magnets and periscopes and animal print trails to track etc. The boys used up some of their infinite energy, and when they seemed to have thoroughly investigated everything at least half a dozen times, we moved on to the rest of the museum. 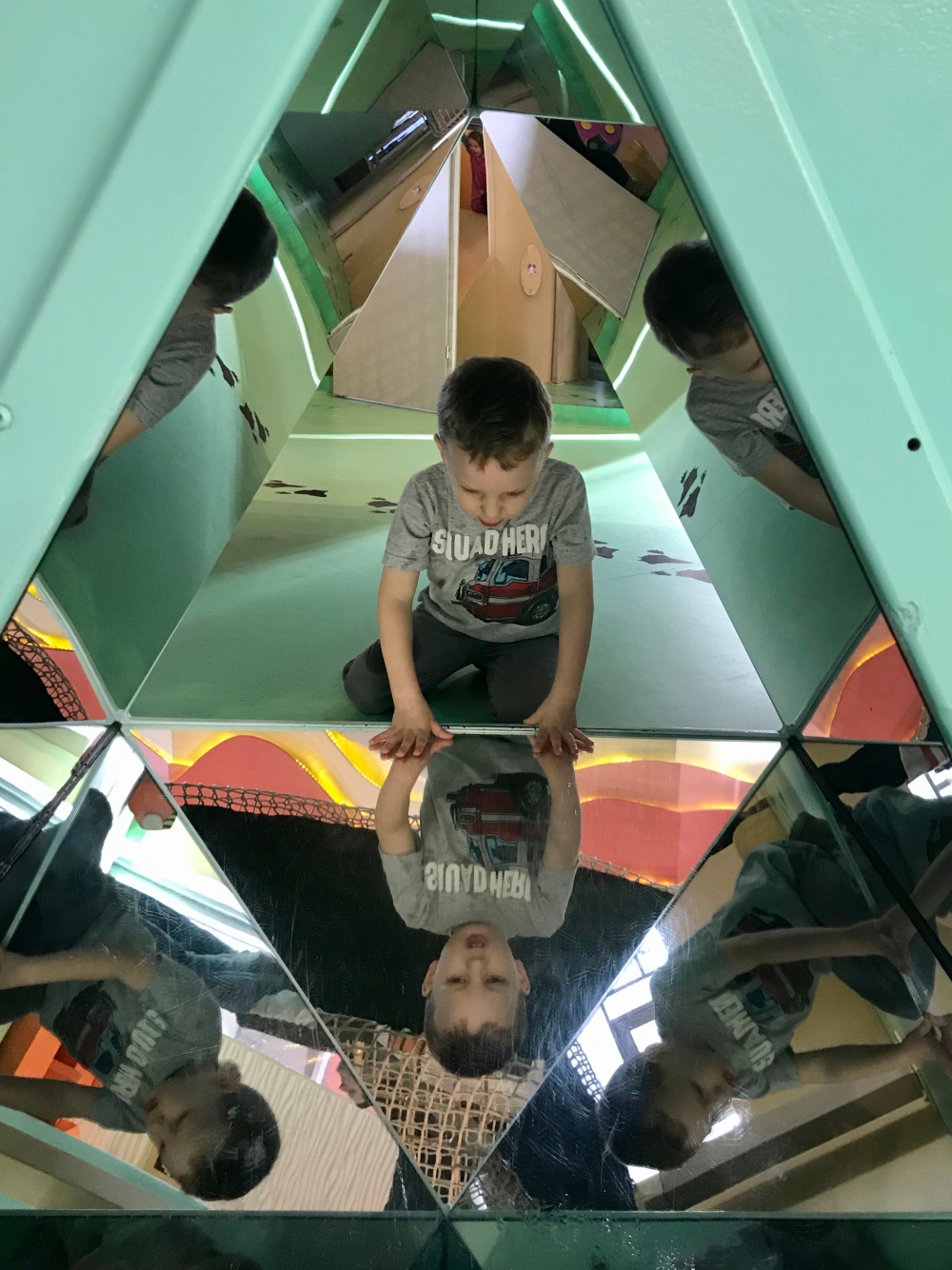 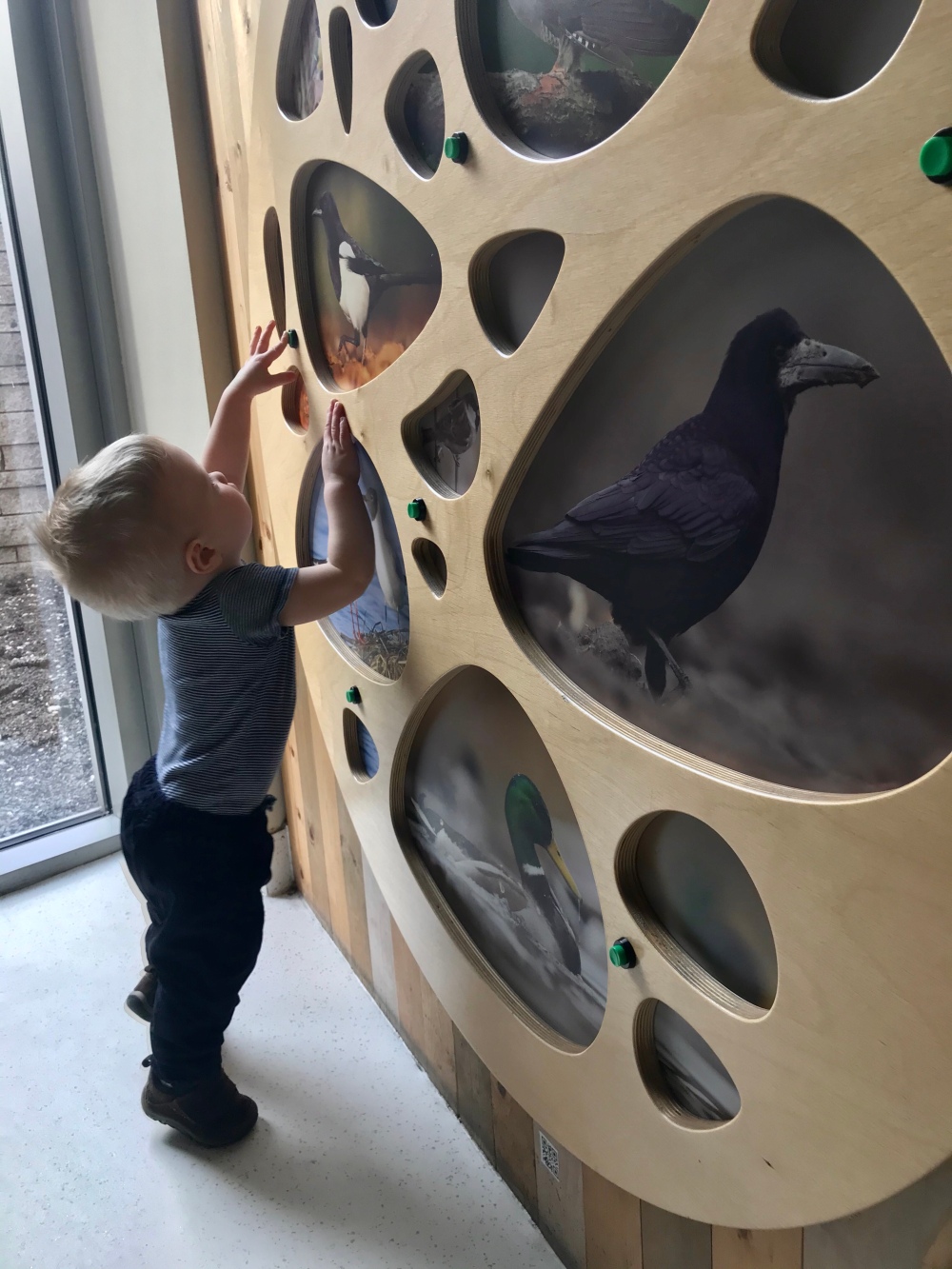 This is where the fun for mom and dad began. First we jumped down from about 2 feet up, on to a mat that measured how hard you landed based on your weight. Don’t worry, it kept the details of your size a tight secret. The idea was to land as softly as possible, with a force about 1-3 times your body weight, which was really quite difficult. We moved on to an air table that flew lengths of fabric high in to the air, counted rings on a redwood tree and learned about growth seasons, pumped air in to little rockets until they flew up to the ceiling on a string, squeezed our entire crazy family into a little box of infinity mirrors and even flew on a hydraulics powered magic carpet. Miles wouldn’t go near it, but I was like I CAN SHOW YOU THE WOOOORLD! We went in to a theater and watched a one-woman show about electricity. Forgetting that we don’t speak Polish. We learned nothing. But the electrical visuals were fun. And loud! Even if you don’t speak Polish, you can learn a lot in one long weekend.