We drove out of Paris on Day 10. The best way to ease the pain of leaving Paris is to schedule a visit to the Champagne wine region on your way out of town. Trust me on this. However, I also need you to trust me that you should try your very hardest to visit ANY OTHER TIME than a Sunday, in in the off season, immediately following a major holiday. France’s Champagne region is just under two hours drive from Paris. We rode through miles of vineyards to the hilltop town of Hautvillers, where we planned to enjoy as many Champagne tastings as we could squeeze in to an early afternoon. Our internet research had indicated that open hours included Sundays, in the off season, in January. What we found were locked doors and closed shutters. Champagne so close, but I couldn’t taste it. I could have anticipated this. It varies by location, but most businesses are closed on Sundays throughout Europe. We were also quickly learning that Google’s posted hours were not always accurate. Please remember this for yourself when planning your trips. We took a deep breath and made the best of a rather disappointing situation.

Hautvillers is an adorable and quaint French town on a hill. Many businesses and champagne houses in the village are marked by traditional forged-iron signs hanging above the doors. Dom Perignon is buried in a small church there. Before he was a world-famous sparkling wine, Dom Perignon was a monk. Who, in 1693 is supposed to have famously proclaimed, “Come quickly! I am drinking the stars!” after double-fermenting his grapes, and thus creating what we call Champagne. Bless him. In 1672, much less famously than his sparkling discovery, Dom Perignon refinished the humble church where he is buried, after its most frequent destruction. The church had been destroyed for various (mostly violent) reasons and rebuilt almost a half a dozen times since it was first established in 650 AD.

Our search for Champagne wasn’t completely dry. Thankfully, we stumbled upon two open tasting rooms. One, family-owned for five generations. The other opened 11 years ago by a former IT computer tech as her passion project after her husband passed away. Its never too late, people! What I love love looooved is how, in a region known world-wide for its exclusive beverage associated with pomp and circumstance, everything from the buildings in town, to the people we met, remained seemingly grounded. The five-generation family owned tasting room was small, rather dark and cluttered, with some old and not very fashionable couches. The counter manned by the son of the current owner, who showed us his family’s grape press with obvious pride. The second was literally the woman’s home. The sign out front said “open” so I knocked on the front door. It felt bold. I must have been desperate. She let us in, said don’t worry about the boys’ wiggles and noise, she has two grandsons as well. Smells of Sunday lunch and her daughter with brand-new grandbaby in arms, came out from the kitchen to say bonjour. We didn’t make it to any of the big champagne houses, I can’t say for certain, but its possible (and likely) that there’s a completely different experience you can have here…but I liked ours. 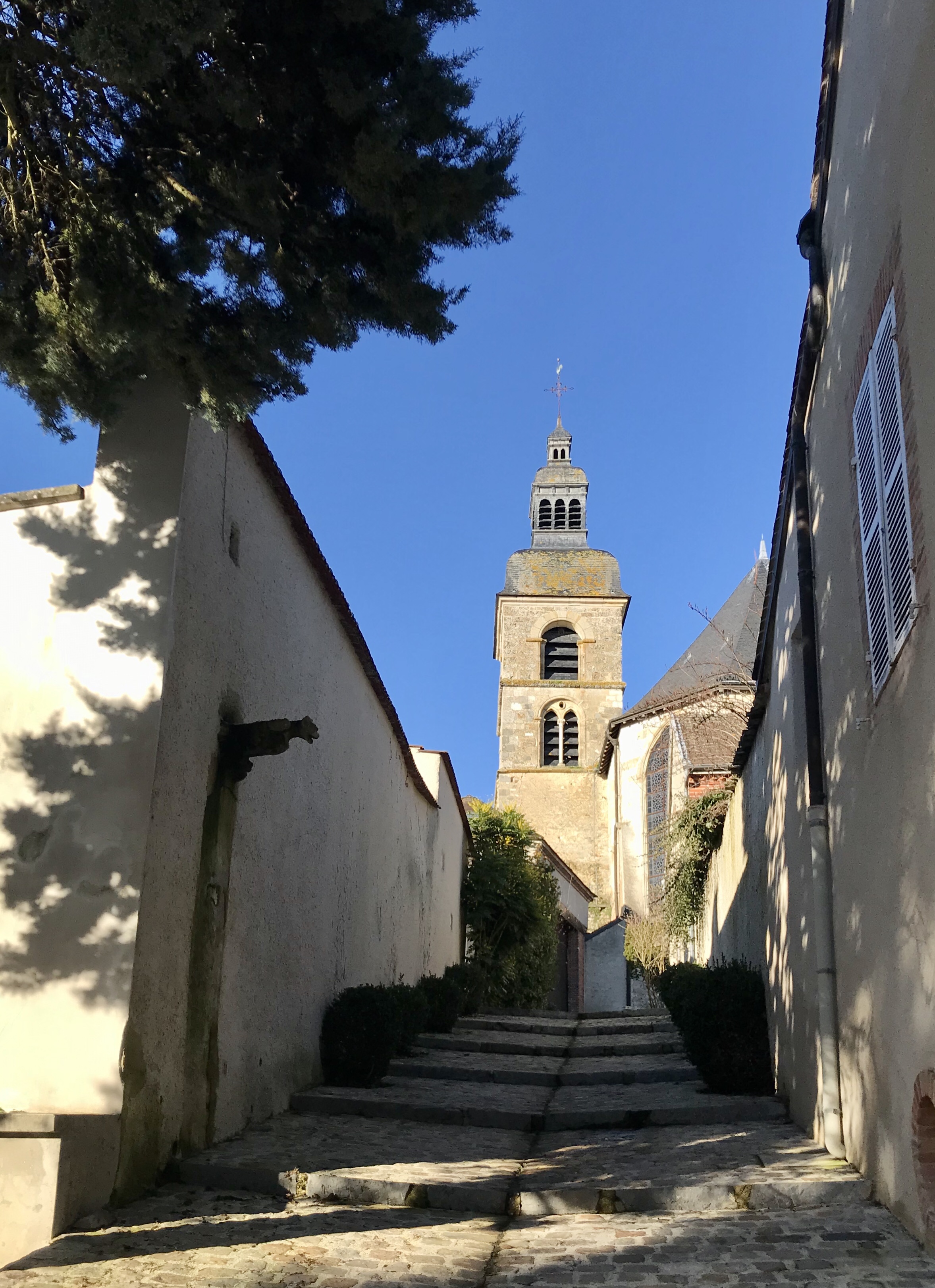 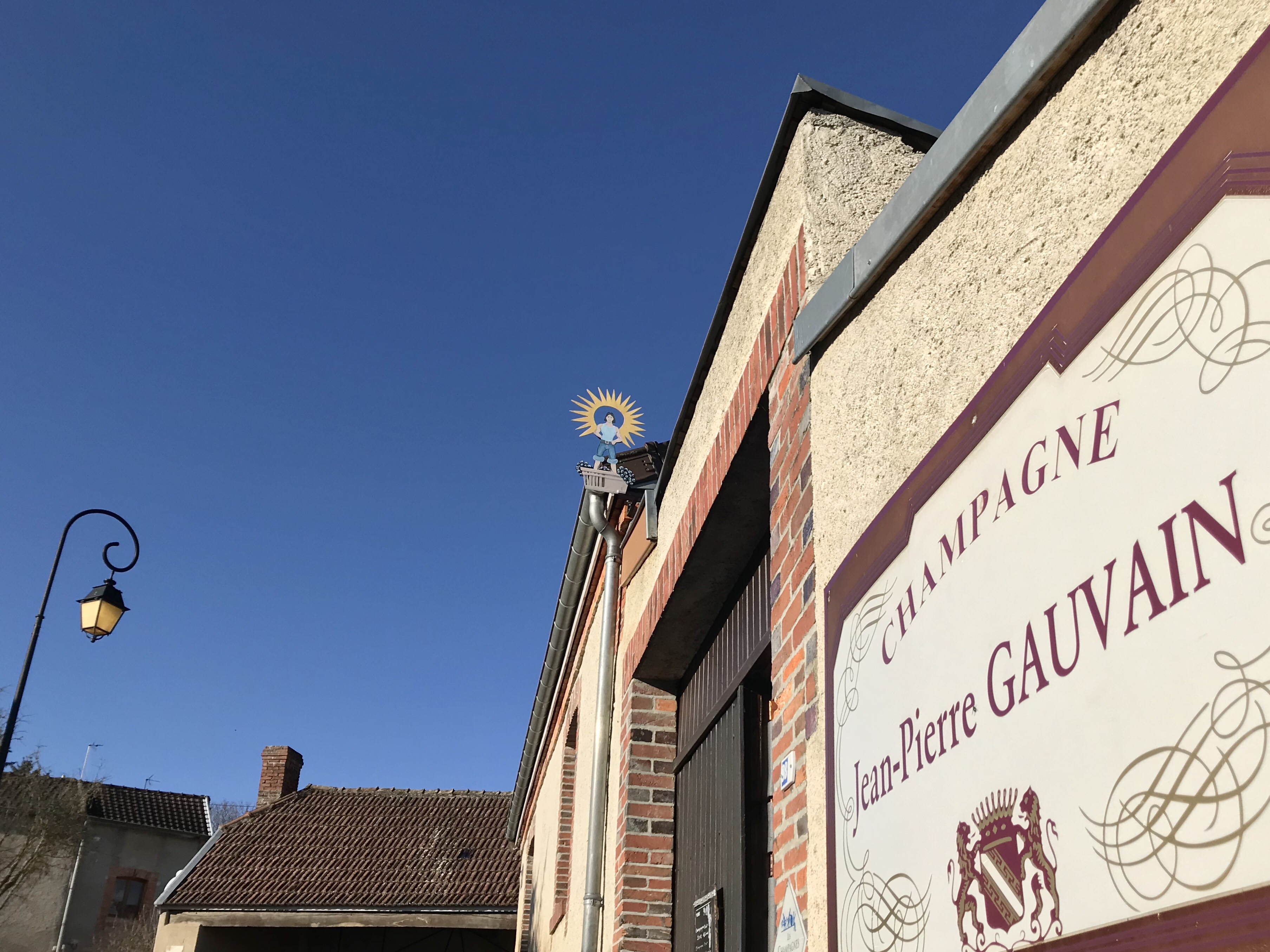 Day 11: We had spent the night in an old temple-turned hotel apartment in the city of Verdun. It was a very cool place to spend the night.  Rooms looked out on stained glass and vaulted ceiling. In the morning we set out to explore. Verdun was the location of the longest battle of World War One. The Battle of Verdun lasted nearly an entire year, from February to December 1916, and took almost one million French and German lives. What amazed me as we drove through this preserved land, was that you can see the leftover miles and miles of chewed up terrain that resulted from trench warfare. Now peacefully overgrown with grass and forest, but not too difficult to imagine the bloody, muddy hell it must have been.

Again, the posted hours of the fort, museum and monument we had planned to visit were different than the actual hours, and we found them to be closed. But like I’ve said before, no matter what, keep a curious mind and you will always, always find something to take away. We were able to walk outside, over the frosty ground in the misty morning, through old trenches, around an underground fort and Bayonet Trench- a grave site memorial to a group of soldiers who were buried in a bombing. At the cemetery, we squinted through the fog at lines of crosses so long they disappeared in the mist. We took what we could from the experience, then left for Luxembourg.

Luxembourg was a lesson in contrasts. We drove in with sunny skies and soon became enveloped in a thick, pea-soup fog. Ancient old town versus modern city. Hilltop views, down to river valleys. A mashup of languages and cultures. Is Luxembourg the melting pot of Europe? Because I felt most at home there. This might have to do with the fact that we were hosted by an old friend, who I hadn’t seen in years. A final contrast, a familiar face in a foreign land. We took ourselves on a walking tour of Luxembourg City Old Town. Afterward we all enjoyed a delicious meal at a Lebanese restaurant and caught up after years, over a million interruptions by the two little guys. 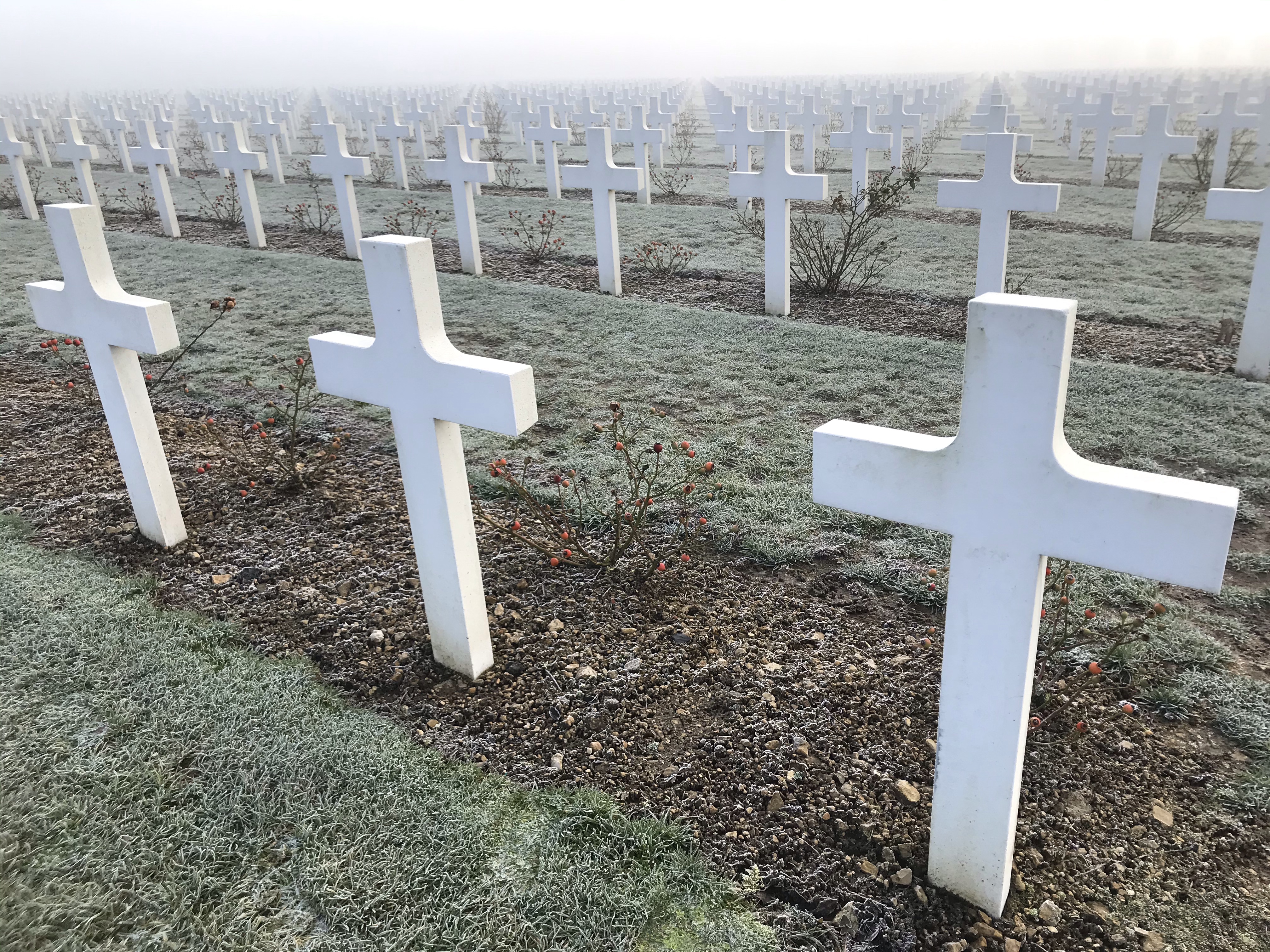 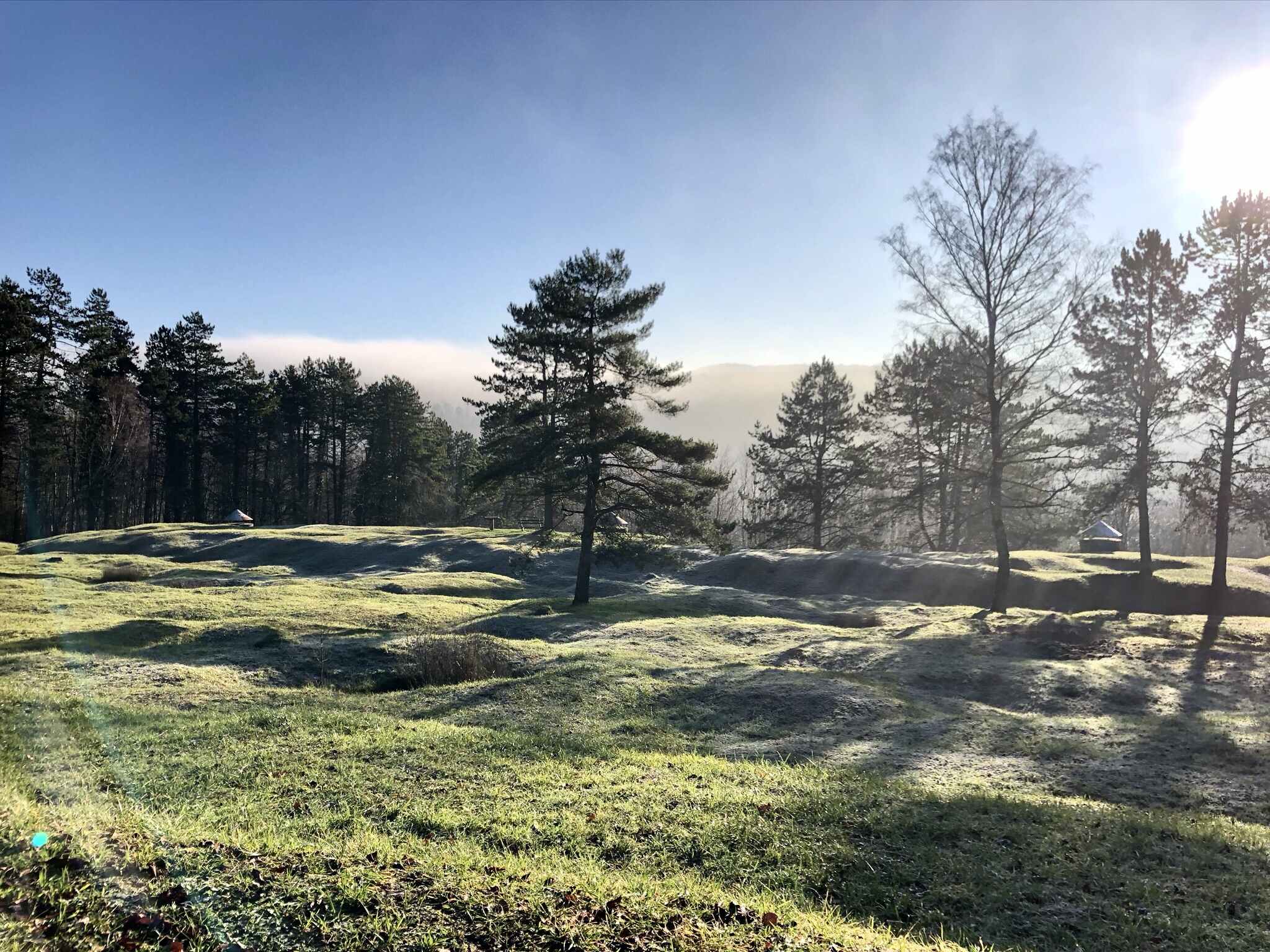 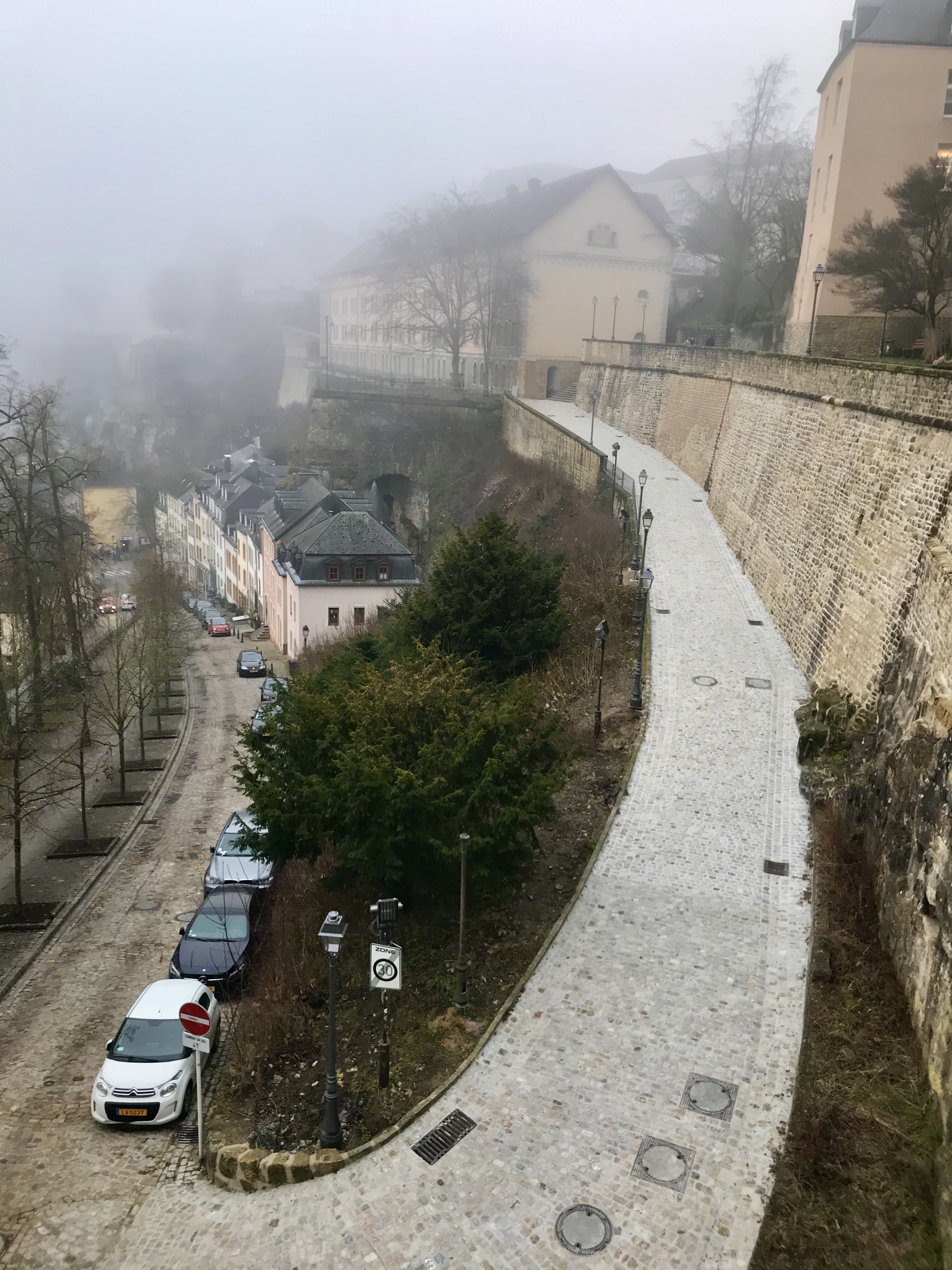 Day 12: Really in the home stretch now. Not because we were circling back to home in Poland at this point, but because we were en route to stay with more friends who are like family in Germany along the way. Living far from home, friends quickly become family. We celebrate holidays and each others’ kids birthdays, or throw baby showers, lend a hand and meet up for fun. You might not see each other for years, but you can pick right up where you left off. So heading to their home, felt like home.

We stopped en route for lunch in the adorable German town of Heidelberg. In planning our travel day my husband casually mentioned stopping here because there was a castle, a nice pedestrian district, and it was right on the way. I was like, I KNOW! Because one of the travel bloggers I frequently reference for insight and inspiration lived there. I had visited her website multiple times in planning this trip. So of course, I’d heard of, and seen pictures of this very German-y German town. I just wasn’t sure we’d ever go out of our way to check it out. Turns out it was right on the way. I got a kick out of this random encounter to see a place in real life that I had only heard of because of social media and the internet. This is reflective of the goal I have for you being here with me; to gain inspiration to explore more, to learn about a place you might otherwise not know about. Or, learn something you might not know about a place you’ve definitely heard of. Because you just never know where you might be passing by. I think that’s the explorer spirit. Heidelberg was cute, and I definitely recommend stopping for lunch. 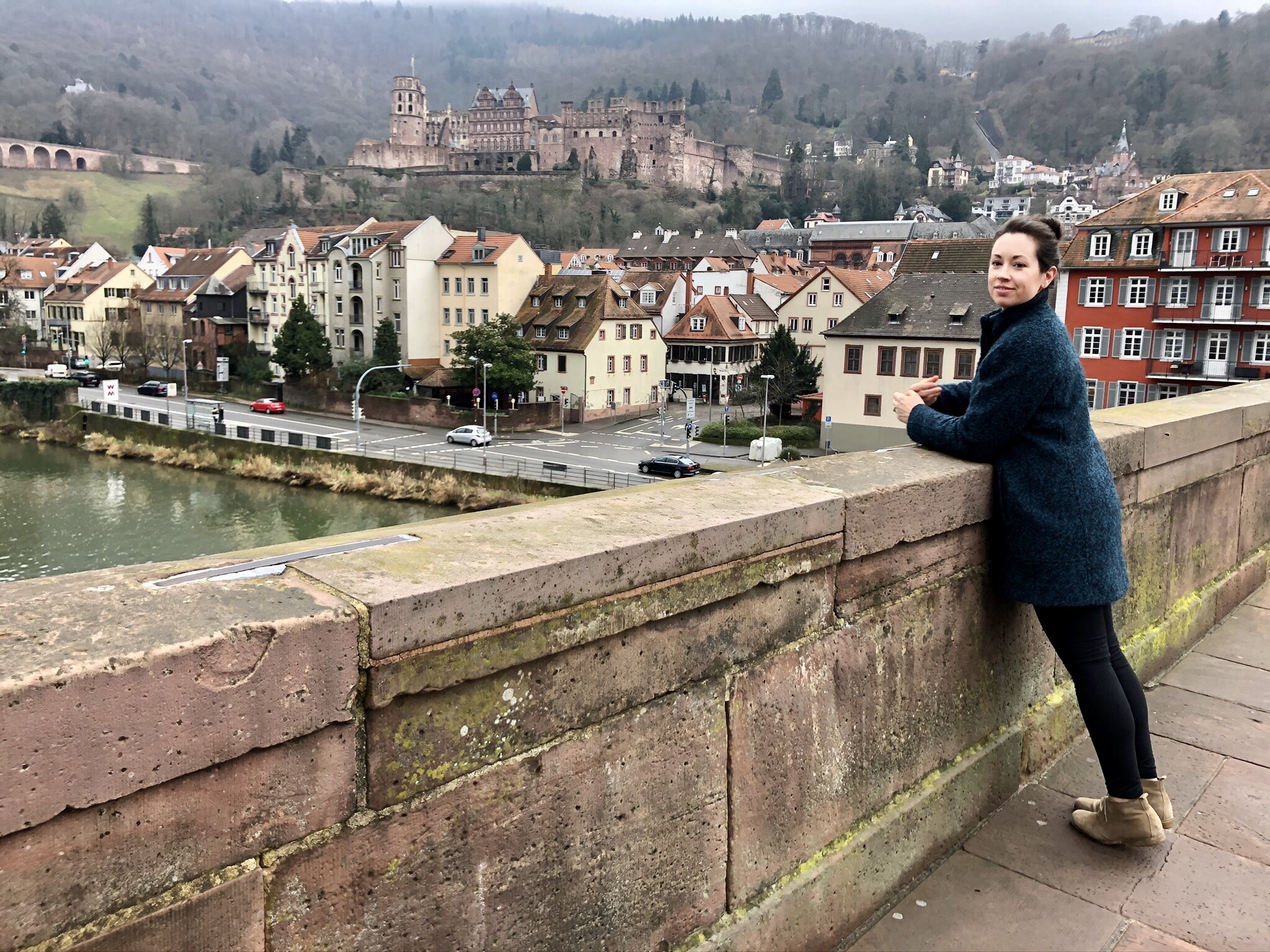 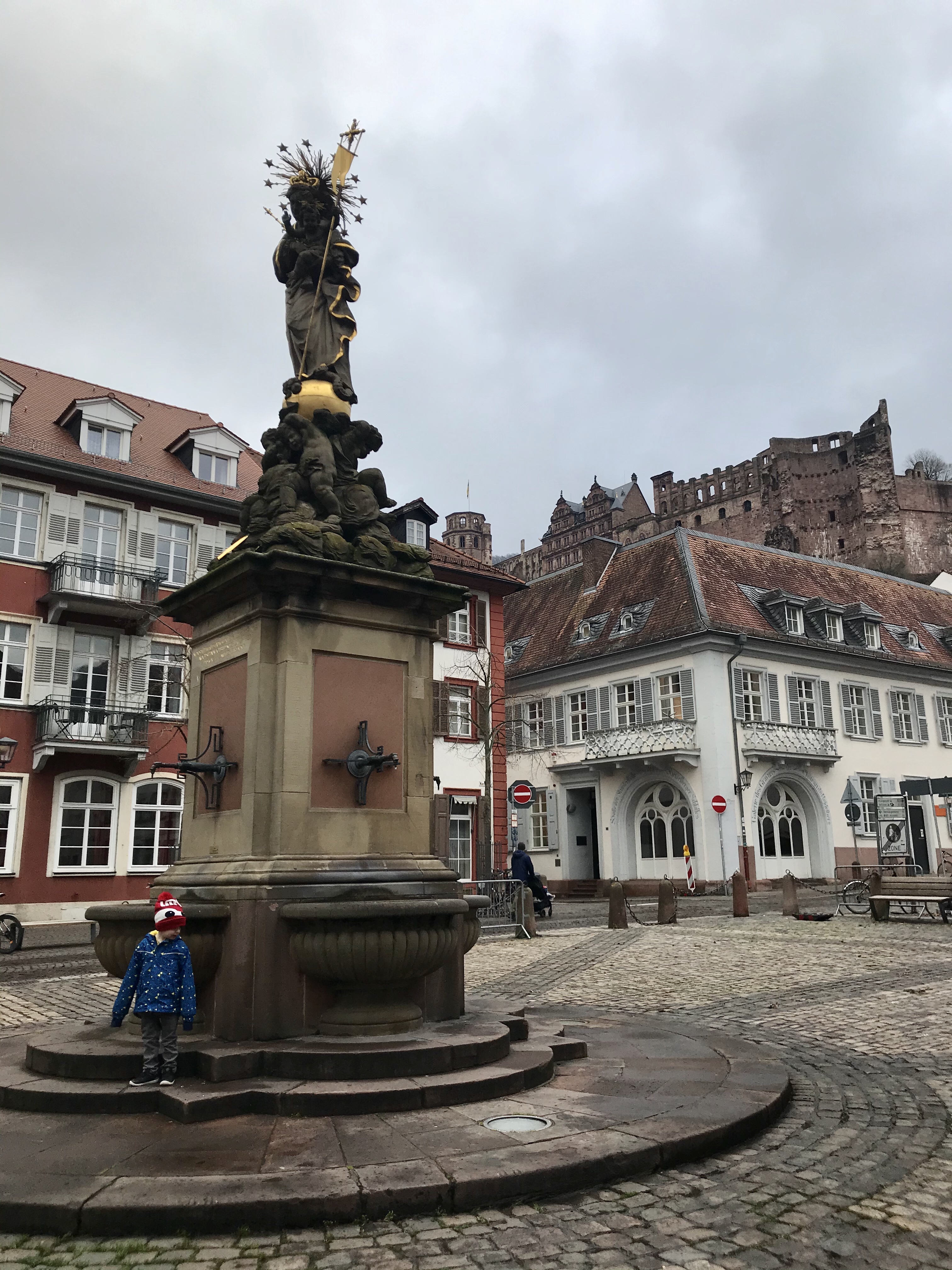 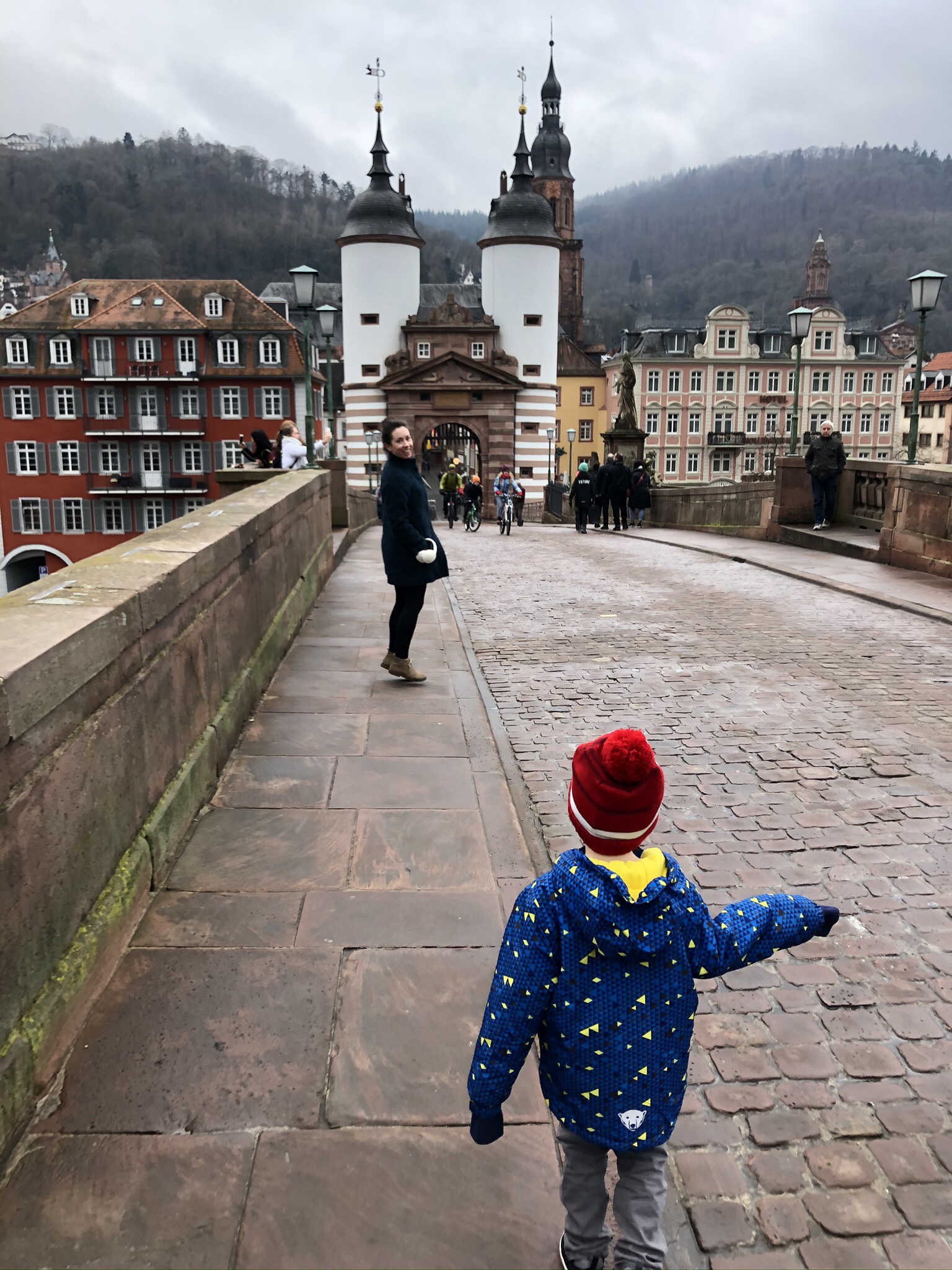 Days 13-14 on home. We spent our final two days of the trip enjoying the company and hospitality of our friends, taking care of some business, unwinding and feeling at home before we got home. This was the best way to top off such a wild whirlwind adventure. When we arrived back to our actual home we didn’t feel worn out from our two weeks of pushing our traveling family limits. We unpacked and didn’t even really have any laundry to do.

I still can’t believe everything we did, saw, ate, learned about, drove past, and wondered over. I loved our itinerary. We skimmed the surface at a few locations, we dug deep when and where it mattered. I know so much more about so many places and as a stay home mom who sometimes feels like all I know about these days is wiping things (faces, spills, endless peanut butter counter tops), it was rejuvenating to my core to get out there and have a big adventure. Yes, traveling with kids is no joke exhausting. But so is staying home with them. I love being home. But I really love when we get out and just do it. Major shoutout to my husband who really makes this all possible, carries the porta-crib and our luggage up and down endless sets of stairs, packs and repacks the car. Want your marriage to feel like a true partnership? Want to feel like you can conquer the world together? Travel and do just that.

Map of our entire trip and destinations listed below. 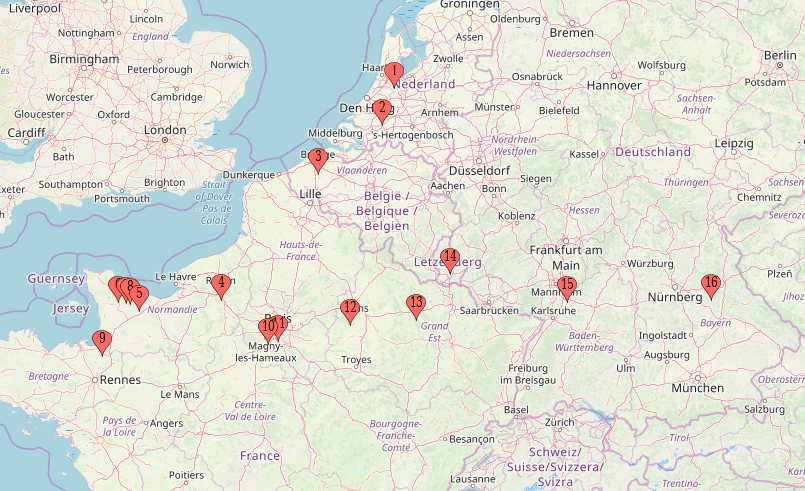 1. Amsterdam 2. Kinderdijk, Netherlands 3. Brugge Belgium 4. Rouen, France 5. Bayeux, France 6. Utah Beach 7. Point du Hoc 8. Omaha Beach 9. Mont Saint Michel 10. Versailles 11. Paris 12. Hautvillers, France 13. Verdun, France 14. Luxembourg, Luxembourg 15. Heidelberg, Germany 16. Amberg, Germany and on home to Poland for us, but you can keep this going in whatever direction your heart desires. To read about each of the other three parts of this journey, click here, here and here.