I’m doing a 180 here and switching gears entirely. Throwing it back NINE whole freaking years to 2010 and the 135th running of the Preakness Stakes at Pimlico Race Course in Baltimore. I refuse to believe this much time has passed. In fact, I was legitimately surprised when I did the math. This must be what its like to get old. I’m sure I won’t get used to the rapid passing of time, but boy, have I packed a lot in the last decade. Anyway, remember Liz from a couple weeks ago? In an effort to do and see it all, we went to the running of the Preakness Stakes way back when. Tomorrow, May 18, the race will be run for the 144th time. You know, since 135+9.

We lived in DC then, so it was just a little jaunt up to Baltimore. We paid $20 to park in some guy’s driveway. Pimlico is like, right in a very uh, “Baltimorey” neighborhood. We had walked over to Eastern Market that morning and tracked down some headwear, so that we would be properly attired. I’m not big on horse races… I mean, they’re fine and fun, but I don’t know a lot about them and choose my bets on impulse. It was interesting to discover that before the namesake race, there are multiple other races, run at intervals throughout the day.

The Black Eyed Susan is to the Preakness Stakes as the Mint Julep is to the Kentucky Derby. We collected our 135th annual running of the stakes official Black Eyed Susan glasses. Placed our bets. Then made our way to the infield. The infield is where the Pimlico party is at. We were overdressed in our sundresses and fascinators out there, but it didn’t matter. We balanced the Black Eyed Susans with a couple of Bud Lights. O.A.R. was the main infield performer that year. I don’t know if you can actually see the races from the infield, but I do not believe that is the point of the infield.

When it was time for the main event, we made our way back to the stands. I’m sure it made sense for me to keep track of my bets in ink on the inside of my arm then, but now I can’t imagine why that was necessary. The funny thing about a horse race is that the whole thing is over so quickly. There’s a lot of just waiting around all day. My horses did not win. Or did they? It was so long ago, I can’t remember. If they didn’t (I don’t think they did) I wasn’t heartbroken. The day had been a fun balance of grandstand Black Eyed Susans, losing bets, an excuse to wear fascinators and infield shenanigans. It was one of those things I’ll probably only do once, and am grateful for the memory. The memories keep piling up, I tell ya. 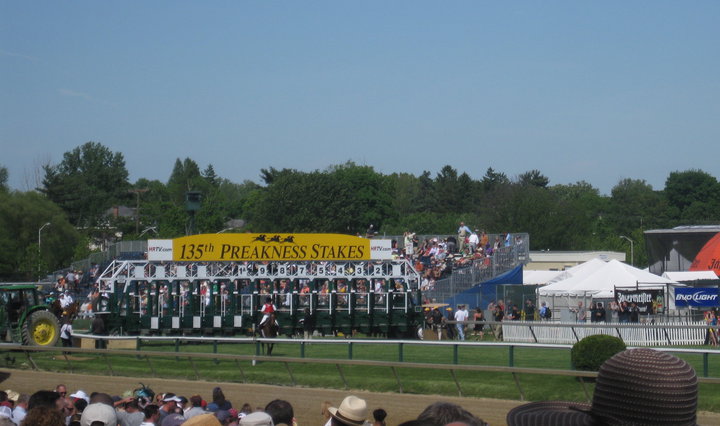 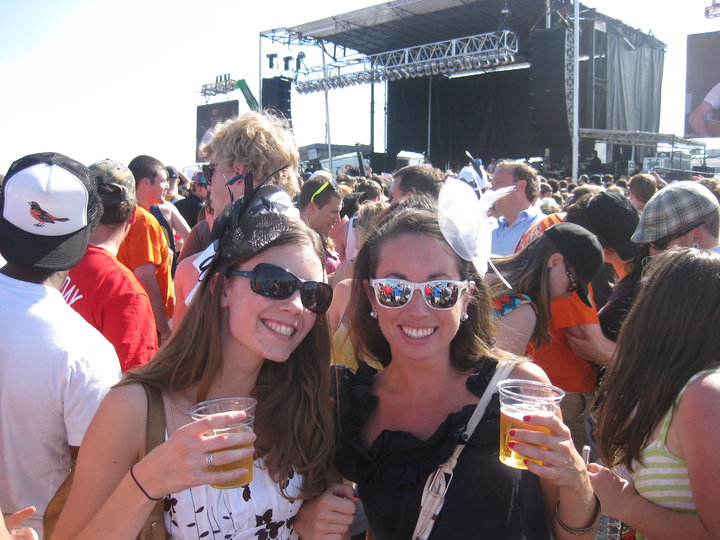 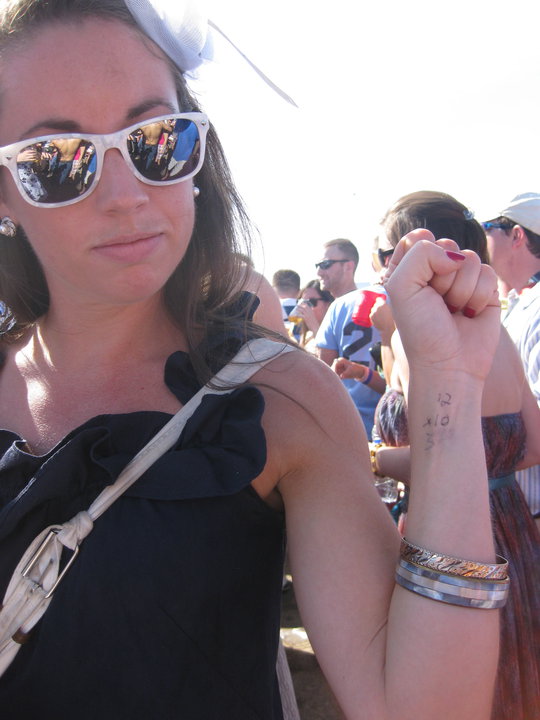 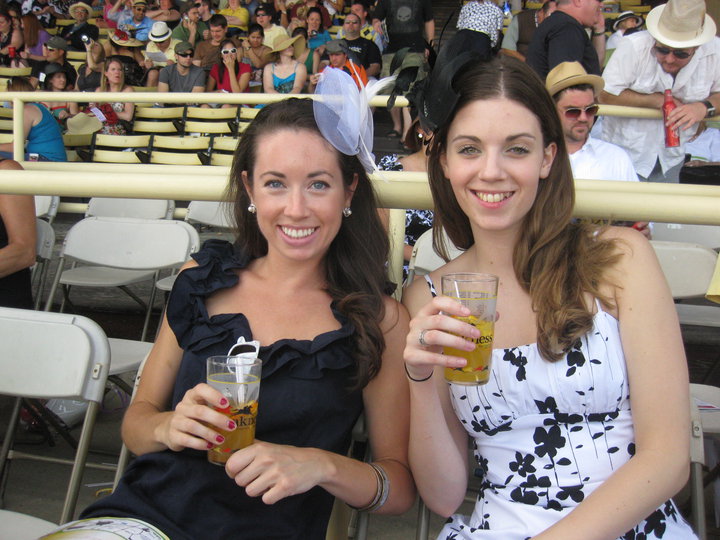